Welcome to the Mzab valley in Ghardaia province.

Welcome to the authentic land of hope and beauty hidden between rocks and dunes in the Sahara Desert.

Here starts your long trip of life changing encounters and awe. To discover the land of the Sahara is to discover the millennium love between men & women and their land. A love to which witnesses their flexible and harmonious lifestyle in this complete harsh environment. Here, you will know about the traditions, the human experiences in their different dimensions.

At www.atMzab.net you will find everything you need to know about Mzab: The past, the contemporary and the future Perspectives. You will also find figures and statistics useful for you, regardless to your background and purposes: may they be academic research or simple travel plans...READ MORE

A traditional human habitat, created in the 10th century by the Ibadites around their five ksour (fortified cities), has been preserved intact in the M’Zab valley.
Simple, functional and perfectly adapted to the environment, the architecture of M’Zab was designed for community living, while respecting the structure of the family.
It is a source of inspiration for today’s urban planners....

General Presentation Of The Wilaya

Ghardaïa is located at the center of the Northern part of the Sahara. Result of the administrative division of the Algerian territory on 1984.
Ghardaia covers a surface of 86,560 km2 being distributed as follows: It is characterized by plains in the Terminal Continental, of the sandy areas, the Chebka and the whole of the central region and.....

The industry of the stone

The Ksar; the mosque; Homes; Lanes; The market yard

Mozabite, or Tunżabt, is a Berber dialect spoken by the Mozabites, an Ibadi Berber group inhabiting the seven cities of the M'zab natural region in the northern Saharan Algeria. It is also spoken by small numbers of Mozabite emigrants in other local citie...

The insular nature of the Ibāḍiyya has preserved the area, and Ibāḍī Σezzaba continue to dominate the social life of the area. A federal council, Majlis Ammi Said, unites representatives of the seven settlements as well as Ouargla, an ancient town located... 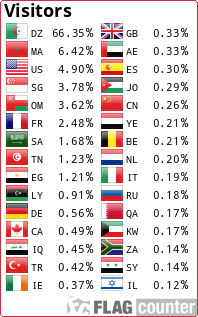 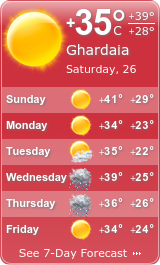